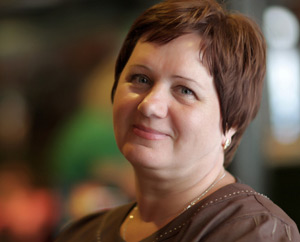 Strength and flexibility are associated with youthfulness and good health. In the blood vessels, loss of flexibility and strength may be a sign of atherosclerosis, which increases heart attack and stroke risk. Regular exercise helps preserve elasticity and prevent hardening of blood vessels as we age, and a preliminary study published in Nutrition Research suggests that taking curcumin, a popular anti-inflammatory supplement derived from turmeric, may have similar benefits in postmenopausal women.

The study included 32 healthy but sedentary postmenopausal women, divided into three groups: a group assigned to take 150 mg of curcumin per day; a group assigned to engage in exercise training three or more days per week; and, a control group that did not exercise or take curcumin.

Tests to measure blood vessel function were done at the beginning of the study and after eight weeks. These tests showed the following:

Curcumin may be as good as exercise for blood vessels

Starting an exercise program and taking the curcumin supplement were both associated with similar benefits on blood vessel function in the women in this study. “These findings suggest that curcumin could be [used] as a therapeutic strategy for the treatment of cardiovascular disease similar to exercise training in postmenopausal women,” the study’s authors said; however, the findings also unsurprisingly suggest that exercise may have advantages related to improved fitness that could contribute to a wider range of overall health benefits.

Curcumin—a plant chemical known as a flavonoid—has strong antioxidant and anti-inflammatory properties, which are likely to be responsible for its positive effects on cardiovascular health. Exercise strengthens the muscles of the heart and artery walls and promotes circulation, which can lead to reduced inflammation. Combining curcumin with regular exercise might bring about a greater benefit than either alone, but researchers have yet to examine this.

Here are some other ways to reduce oxidative damage and inflammation and improve your heart health: