Vitamin D and Calcium: A Good Combination for Women 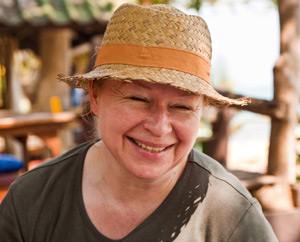 According to a report published in Osteoporosis International, taking calcium along with vitamin D may improve bone health without causing harm in women. The report was based on the re-analysis of data from two studies nested within the Women’s Health Initiative (WHI), a large ongoing research program looking at factors affecting older women’s cardiovascular, osteoporosis, and cancer risks. The results suggest that taking calcium plus vitamin D can prevent hip fractures without increasing cardiac risk.

In the first, an observational study, nearly 69,000 women, age 50 to 79, answered questionnaires about their health and supplement use and were followed for about seven years. The second study was a clinical trial, in which more than 36,000 women, also age 50 to 79, were given 1,000 mg of calcium in the form of calcium carbonate plus 400 IU of vitamin D per day or placebo for an average of seven years while their health status was monitored. Women who were already taking calcium or vitamin D supplements continued taking them, regardless of their assignment to either the calcium plus D or placebo group.

The original analysis from the clinical trial included all of the women enrolled in the study, but the new analysis only included women who were not already taking calcium or vitamin D when they entered the trial—about 15,000 of the original enrollees. Several new findings were reported:

The original analysis from the same clinical trial, along with information from other studies, raised concerns that taking calcium with or without vitamin D might increase cardiovascular risk; however, this report found no relationship between calcium with vitamin D and cardiovascular problems. “The strongest evidence for benefit is for hip fracture where calcium and vitamin D supplementation yielded a noteworthy reduction after five years of treatment among women not taking personal supplements,” the researchers said, noting that their new analysis showed a greater benefit than the previous analysis.

Although this report suggests that calcium plus D supplementation is safe, the accumulated evidence, taken together, is still not conclusive. Here are some tips for improving your chance of benefit while reducing your risk of harm:

Maureen Williams, ND, completed her doctorate in naturopathic medicine at Bastyr University in Seattle and has been in private practice since 1995. With an abiding commitment to access to care, she has worked in free clinics in the US and Canada, and in rural clinics in Guatemala and Honduras where she has studied traditional herbal medicine. She currently lives and practices in Victoria, BC, and lectures and writes extensively for both professional and community audiences on topics including family nutrition, menopause, anxiety and depression, heart disease, cancer, and easing stress. Dr. Williams is a regular contributor to TraceGains Newswire.