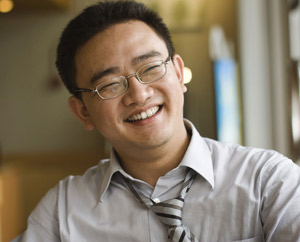 Replacing the beta-carotene with other carotenoids provided the same benefits for all, while reducing lung cancer risk the original formula increased in former smokers

DHA, an omega-3 fatty acid from fish oil, plays an important role in developing prenatal and infant visual systems and has been associated with reduced risk of macular degeneration in observational research. Despite some promising double-blind research also showing benefit of certain nutrient combinations for people already diagnosed with macular degeneration, a study in the Journal of the American Medical Association found that adding omega-3s to a nutrient combination did not slow down disease progression any more than that same formulation on its own. However, they did find that replacing the beta-carotene in that formulation with other carotenoids provided the same benefits while preventing increased lung cancer risk the original formula caused in former smokers.

Uncovering the keys to eye health

Age-related macular degeneration is the leading cause of blindness in the developed world. It happens when the macula—a yellow spot on the retina of the eye—is damaged, leading to progressive central vision loss.

In 2001, the Age-Related Eye Disease Study (ARMDS) found that taking an antioxidant supplement containing vitamin C, vitamin E, beta-carotene, and zinc could reduce the risk of macular degeneration progression by about 25% in people with the disease. Since then, other studies have suggested that additional nutrients might also help people with macular degeneration.

The first of these are EPA (eicosapentaenoic acid) and DHA (docosahexaenoic acid) found in fish oil. Observational studies have suggested that people who eat more fish containing these omega-3 fatty acids have a lower risk of macular degeneration.

Lutein and zeaxanthin are antioxidants found in green leafy vegetables, corn, egg yolks, and broccoli. These carotenoids are found in high concentrations in the macula and lend the macula its bright yellow appearance. One study showed that a combination of omega-3s and lutein and zeaxanthin could increase macular pigment density in people with macular degeneration, a factor associated with decreased risk of the disease.

For the study, called AREDS2, researchers decided to make some changes to the original AREDS supplement to see how different formulations would affect macular degeneration progression. Over 4,000 people aged 50 to 85 years who were at risk for advanced macular degeneration took part in the 5-year study.

They also made some other changes to the formula, including decreasing the amount of zinc and swapping out the beta-carotene for lutein and zeaxanthin. High doses of zinc can cause stomach upset and beta-carotene may increase lung cancer risk in smokers, limiting its use in these people.

Here are the highlights of the study’s findings:

“Because of potential increased incidence of lung cancer in former smokers, lutein and zeaxanthin could be an appropriate carotenoid substitute in the AREDS formulation,” commented lead study author, Dr. Emily Chew of the National Eye Institute at the National Institutes of Health.