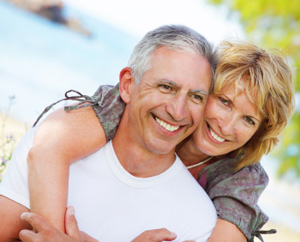 Rich in the omega-3 fatty acid ALA, lignans, and other phytochemicals, flaxseeds are reported to relieve symptoms of and prevent certain diseases

Rich in the omega-3 fatty acid ALA (alpha-linolenic acid), lignans, and other phytochemicals, flaxseeds are reported to relieve menopausal symptoms and constipation, reduce inflammation, and protect against heart disease and some cancers.

A review, published in Comprehensive Reviews in Food Science and Food Safety, explored the evidence for the health-promoting activities and safety of flaxseed lignans. Lignans are compounds in the fiber portion of many plants including whole grains, legumes, nuts and seeds, and some fruits and vegetables. The major flaxseed lignan is known as SDG (secoisolariciresinol diglycoside). A tablespoon of ground flaxseed contains about 152 mg of SDG and a tablespoon of high-lignan flaxseed oil has about 14 mg.

When people eat flaxseed meal or high-lignan flaxseed oil, the fiber portion moves through the digestive tract and its lignans are digested by bacteria in the large intestine. The resulting compounds are absorbed into the body, providing antioxidant and mild estrogenic effects, and are eventually excreted in the urine.

According to the review, active compounds made in the body from flaxseed lignans have demonstrated strong antioxidant activity. The reviewers noted that these properties are believed to contribute to flaxseed’s anticancer and anti-inflammatory effects, and might also play a role in its beneficial effects on high cholesterol levels, atherosclerosis, and diabetes. They point out that the breakdown products from lignans have been found to have one to five times as much antioxidant activity as vitamin E.

Flaxseed lignans also affect health by modulating estrogen activity in the body. Compounds made from lignans are able to bind to estrogen receptor sites, and by preventing estrogen from binding at those sites, they can act as anti-estrogens in reproductive age women with normal estrogen levels. In postmenopausal women and women with low estrogen levels, however, their weak activation of cells’ estrogen receptor sites makes their overall action slightly pro-estrogenic.

Early evidence suggesting that flaxseed lignans might protect against breast, prostate, colon, and skin cancers was outlined in the review. “In general, flaxseed may be a valuable tool in the fight against various cancers,” the authors of the review said.

Ground flaxseed, high in soluble fiber, has a low glycemic index and adding it to the diet has been shown to decrease glycemic load. Based on such findings, the reviewers contended that supplementing a healthy diet with 40 to 50 grams (1 to 2 tablespoons) of flax meal per day may improve blood sugar control and prevent type 2 diabetes.

The review points out several lignan safety considerations and why they are not cause for concern:

Although this review focused on lignans and did not address issues having to do with flaxseed fatty acids, it is well known that ALA is easily damaged by heat and oxidation. ALA is preserved in whole flaxseed but ground flaxseed and flaxseed oil are best eaten fresh, and should be stored cold and eaten unheated.