A Probiotic for a Common Digestive Problem 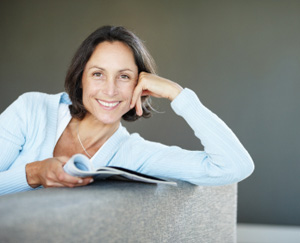 When a person has a cluster of digestive symptoms with no apparent cause, they are often given the diagnosis of irritable bowel syndrome, or IBS. So far, consistently effective treatments for IBS have proven as elusive as its cause, but probiotics have shown some promise as a therapy. In one study, the probiotic Saccharomyces boulardii improved quality of life for people with IBS.

The study, published in the Journal of Clinical Gastroenterology, included 67 adults with IBS. The participants either had IBS with a predominance of diarrhea or a mix of IBS symptoms, rather than the type that has constipation as its predominant symptom. They were assigned to take either S. boulardii (200 billion cells per day) or placebo for four weeks. They kept a daily symptom record, and a quality of life assessment was done at the beginning and end of the study.

People in the probiotic group improved in all measures of quality of life:

In the placebo group, only depressed mood and health worry improved. Individual IBS symptoms, such as abdominal pain and discomfort, bloating and gas, stool urgency, and hard or watery stools, did not change significantly in either group.

A yeast that treats infections

Unlike the most commonly used probiotics, Lactobacillus and Bifidobacter species, S. boulardii is a yeast, not a bacterium. Because it thrives in the large intestine, it can grow and displace disease-causing microorganisms, and may also prevent their growth in other ways. S. boulardii has been found to improve antibiotic-associated diarrhea, traveler's diarrhea, and other types of acute infectious diarrhea, and inflammatory bowel disease. These results add to the evidence that S. boulardii may also be helpful to IBS sufferers.

The study’s authors explained that the nature of IBS is complex and likely due to a variety of contributing causes. In the face of this complexity, the overall improvement in well-being seen in people taking S. boulardii was especially meaningful, even though the probiotic was not better than placebo in treating specific symptoms.

Taking the broad approach to IBS

People with IBS often find that a combination of therapies is more helpful than any single one. In addition to taking a probiotic, IBS-sufferers can safely try the following approaches to see what works best for them: