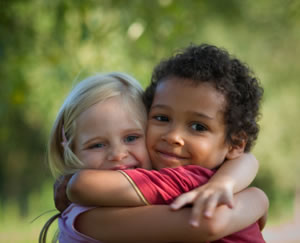 The following guide to vaccinations will help you make smart choices for your family’s health.

Start with the experts

Not all the same

Each immunization is unique; some are given twice during early childhood, and others require up to five doses. Among the most serious vaccine-preventable diseases are diphtheria, tetanus, and whooping cough (pertussis). Any of these diseases can lead to major health problems and even death if untreated, so prevention is a top priority.

Immunization against these three infections typically is provided together, as the DTaP vaccine, and should be given five times—at 2, 4, and 6 months, between 15 and 18 months, and finally between four and six years—for full protection.

In addition to DTaP, other important early childhood vaccinations include:

The pre-tween, tween, and teen years

After six years, the vaccine schedule lightens considerably. All but tetanus, diphtheria, and pertussis (called Tdap for older kids) and meningococcal (MCV4) vaccines are given one more time before age 18.Tdap and MCV4 should be given two more times before 18 years.

One additional vaccine, for human papillomavirus (HPV) may be given a total of three times between 11 and 18 years old to reduce HPV infection risk. For girls, this vaccine reduces risk of cervical cancer later in life. Ask your doctor about whether HPV vaccination is right for your child.

You’ll need a plan for keeping track of which vaccines your child has received and which ones he or she still needs. Keeping a written calendar in a file folder with all of your child’s medical records works for many people. Others prefer to keep these records on the computer or a smart phone; be sure to back them up so you don’t lose valuable information if your computer crashes or your phone goes missing.

It’s important to inform your child’s doctor of vaccinations received outside the medical office. For example, some parents opt to have their children receive yearly influenza shots at a pharmacy, and the pertussis vaccine is now available in many pharmacies too.

Report vaccines received at other locations, so they can be entered into the official record. Add them to your at-home record too, and bring your records to each doctor’s visit, to compare against your doctor’s records and ensure everyone is on the same page.

A very small number of children who have been vaccinated may still go on to develop one of the vaccine-preventable diseases. If this happens, ask your doctor about the antiviral drug acyclovir (Zovirax) for treating chickenpox, and antibiotics for preventing and treating bacterial infections.

Finally, if in doubt always call the doctor. Though many childhood infections will clear up on their own, it’s better to play it safe and avoid unnecessary complications.