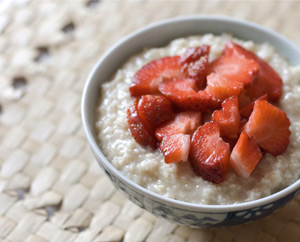 Women who eat more berries could knock a couple of years off their “brain age,” according to a study in the Annals of Neurology. “The bioflavonoids in berries seem to protect the brain from the effects of aging, presumably by decreasing inflammation and providing the brain with powerful antioxidants,” said lead study author, Dr. Elizabeth Devore.

What’s in a berry?

Scientists are still trying to figure out exactly how bioflavonoids work, but we do know that they are powerful antioxidants, they can limit inflammation in the body, and they are involved with how cells communicate with each other.

Some studies suggest that the anthocyanidins in berries might help preserve cognitive (brain) function.

Berry up your brain

Women who took part in the Nurses’ Health Study were invited to join a branch of the study that looked at berry consumption, thinking (cognitive function), and memory. To measure this, more than 16,000 women 70 years of age and older took a series of tests twice, two years apart.

Here’s what the researchers found:

Berries abound in the spring and summer months, making it easy to find fresh, local fruit. During the rest of the year, frozen berries are the next best option. Berries are often sprayed with pesticides, so people who want to avoid residue should buy organic.

Here are some easy ways to enjoy more berries: