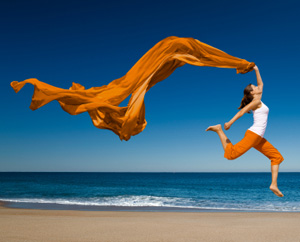 Raspberry ketones, members of a group of nutrients called polyphenols, have been used for years to flavor soft drinks, pudding, ice cream, and other sweet treats. A bit ironic, since the latest buzz about raspberry ketones is that they aid weight loss. According to supplement manufacturers, along with a healthy diet, raspberry ketones can give you an extra boost that supports shedding unwanted pounds.

Based on early research in mice, some researchers speculate that raspberry ketones may increase the body’s production of a substance called adiponectin. Adiponectin is produced by fat cells—when in balance, it regulates appetite and ensures that calories are metabolized properly rather than being stored as fat.

According to Lee Labrada, author, founder of the Labrada Nutrition supplement company, and a former body builder and Mr. Olympia competitor with 22 major titles to his name, raspberry ketones should be thought of as a complement—not a replacement—to regular exercise and healthy eating.

Director and Founder of the Institute for Healthy Aging Mark Rosenberg , MD, concurs. “Losing fat is a tricky, and often frustrating, process. No magic bullets can counter poor eating or exercise habits. However, raspberry ketones may help someone get back on track with weight loss-efforts,” states Rosenberg.

Pay attention to the details

Celebrity trainers and weight-loss gurus promote raspberry ketones as 100% safe, and they do have GRAS—generally recognized as safe—status from the United States Food and Drug Administration. However, this is based on the small amounts used to flavor foods; the doses in supplements tend to be much higher. Supplements typically provide around 100 mg of raspberry ketones. For comparison, a pound of raspberries yields about 1 mg of ketones.

The jury is still out on whether larger doses of raspberry ketones are safe for everyone, and some health experts believe they derive certain fat-burning properties through action on a hormone called norepinephrine. Norepinephrine is a key player in the “fight or flight” response. When the body produces it in response to stressful situations, the heart pumps harder and blood pressure increases.

This may not be a problem for otherwise healthy people who use raspberry ketones as directed by the manufacturer, but it could pose a danger for those with underlying health conditions. If you have a pre-existing medical condition, such as diabetes, high cholesterol, high blood pressure, or heart disease, check with your doctor before trying raspberry ketone supplements. Also keep in mind that raspberry ketones shouldn’t be confused with red raspberry leaf, a different dietary supplement.