Oral Bacteria in the Brain Might Contribute to Alzheimer’s 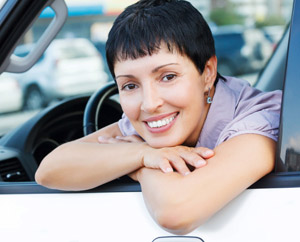 Researchers studying the bacteria in the mouth have found that bacteria that causes gum disease may play a role in the course of Alzheimer’s disease, according to the Journal of Alzheimer’s Disease.

The hidden world of the digestive tract, beginning with the mouth, is populated by a vastly diverse group of microorganisms. Many of these microbes are critical for our good health, but in unhealthy conditions, disease-causing microbes may flourish and cause health problems in other parts of the body.

Bacteria in the brain

In the study, brain tissue samples from ten deceased people diagnosed with Alzheimer’s disease were treated with antibodies (immune system proteins) that specifically target Porphyromonas gingivalis, one of the bacteria that commonly cause gum disease. In four out of the ten cases, the antibodies accumulated on surfaces of specialized immune cells of the brain, suggesting that the bacterium P. gingivalis had been in the brain. The antibodies did not accumulate in any of the brain tissue samples from ten deceased people without Alzheimer’s disease.

"These results indicate that the brain of Alzheimer’s disease patients is at greater risk of secondary infection from the periodontal pathogen, P. gingivalis, which has long been implicated in chronic and severe adult periodontitis [gum disease],” the study’s authors said. They proposed that this type of brain infection could trigger chronic inflammation, which could speed the progression of memory loss and other Alzheimer’s disease symptoms.

Although these findings do not establish a clear link between gum disease and Alzheimer’s disease, it does add to the growing body of evidence that gum disease–causing bacteria may play a role in memory loss and dementia. Previous studies have found connections between gum disease and other chronic inflammatory conditions, such as diabetes and heart disease.

Preventing and managing gum disease will help you keep your teeth longer and might protect you from chronic inflammatory diseases like Alzheimer’s disease. Here are some ways to keep your gums healthy and strong:

Maureen Williams, ND, completed her doctorate in naturopathic medicine at Bastyr University in Seattle and has been in private practice since 1995. With an abiding commitment to access to care, she has worked in free clinics in the US and Canada, and in rural clinics in Guatemala and Honduras where she has studied traditional herbal medicine. She currently lives and practices in Victoria, BC, and lectures and writes extensively for both professional and community audiences on topics including family nutrition, menopause, anxiety and depression, heart disease, cancer, and easing stress. Dr. Williams is a regular contributor to TraceGains Newswire.