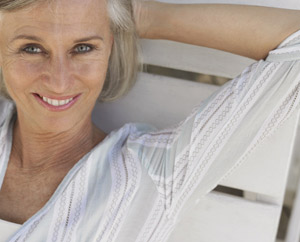 In postmenopausal women, higher glycemic load and carbohydrate intake were associated with a greater risk of [some] breast cancers

High-carbohydrate diets may increase the risk of some types of breast cancer, according to a study in the American Journal of Clinical Nutrition.

Carbohydrates are a major fuel source for the body, but some are better for you than others. Processed foods like pasta and many baked goods are generally stripped of fiber and other nutrients, leaving behind a load of easily absorbed sugar and starch.

A couple of different measures have been developed to assess the effect of carbohydrate-containing foods on blood sugar levels:

The study looked at breast cancer risk among 334,849 women ages 34 to 66 who took part in the European Prospective Investigation into Cancer and Nutrition. The women provided detailed information about their usual diets and the investigators evaluated the diets in terms of total carbohydrate intake, glycemic index, and glycemic load.

Over the course of about 12 years, 11,576 women were diagnosed with invasive breast cancer:

Previous studies have suggested that diets with a higher glycemic load could stimulate insulin receptors in breast tissue or influence other hormones that affect breast cancer risk.

“Our results also suggest a potential interaction between fiber intake and glycemic load and carbohydrates on the risk of breast cancer,” said the study’s authors. “This supports the hypothesis of a role of fiber in modifying carbohydrate absorption and in lowering insulin response.”

Dietary fiber and fat can both help slow down carbohydrate absorption. For this reason, eating whole foods is a good way to help lower the overall glycemic load of your diet. Here are some ways to enjoy your food without making your blood sugar go crazy.