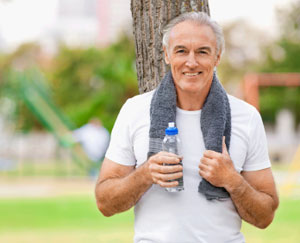 Drinking cranberry juice is a tried-and-true method for supporting urinary tract health, and research suggests that it could also lead to better blood vessel health. A study published in the American Journal of Clinical Nutrition found that drinking double-strength cranberry juice improved arterial stiffness in people with coronary artery disease.

All of the 59 people who took part in this two-part study had coronary artery disease, and many of them were taking medications to treat risk factors for heart disease, including high blood pressure, high cholesterol, and diabetes. The study was done in two parts:

Cranberry juice had positive but different effects on vascular health after both the single drink and the four weeks of regular consumption:

Cranberries, like other colorful fruits, are rich in anthocyanins and other polyphenols, plant compounds that have strong antioxidant and anti-inflammatory properties. These compounds may well be responsible for the positive effects of cranberry juice on arterial health seen in this study, and the benefits of other antioxidant-rich foods on cardiovascular health seen in other studies.

In summarizing the importance of their findings, the study’s authors said, “Our results may provide further support for the American Heart Association recommendation that cardiovascular disease risk may be reduced by a diet rich in fruit and vegetables, including cranberries.”

In addition to cranberries, these are some anthocyanin-rich fruits to consider including in your regular diet to protect your heart and blood vessels: