Are Antioxidants the Fountain of Youth?

Keep your mind sharp with beta-carotene
By
Maureen Williams, ND 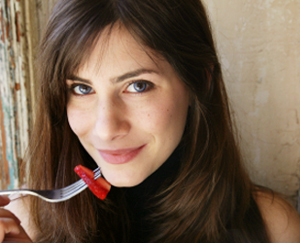 Antioxidants are anti-aging superstars. Growing evidence indicates that these powerful nutrients help slow some of the outward signs of aging. How can you keep your mind as young, agile, and healthy as your body? Beta-carotene might be one way. A study has found that supplementing with this particular antioxidant prevents age-related changes to the brain.

Oxidation is the primary cause of damage to the body’s cells, organs, and tissues. As the body ages, its ability to repair oxidative damage slows down, and the results are the changes we generally associate with aging: wrinkles, gray hair, the need for reading glasses, and so on. Slow diminishment of brain (cognitive) function, which sometimes leads to dementia, is also caused by oxidative damage.

Antioxidants are special nutrients that prevent and repair oxidation’s damaging effects. Beta-carotene; vitamins A, C, and E; and the minerals zinc and selenium are the best-known of the antioxidant nutrients, and a countless array of plant chemicals known as bioflavonoids appear to be even stronger.

Food and supplements are both good ways to ensure you’re getting enough beta-carotene. To add more beta-carotene to your diet, look to the following food sources:

“This information helps us to understand how eating a good diet—lots of fruits and vegetables—protects the brain,” said Erika Kellerhalls, MD, who practices family medicine in British Columbia, Canada. “There are a number of studies showing that we can prevent, or at least slow, age-related changes in cognition. The results from this study suggest that beta-carotene might be one reason for this effect. Most likely the combination of antioxidants that occur naturally in plant foods has the best effect, but it clearly requires a lot of time.”

Maureen Williams, ND, received her bachelor’s degree from the University of Pennsylvania and her Doctorate of Naturopathic Medicine from Bastyr University in Seattle, WA. She has a private practice in Quechee, VT, and does extensive work with traditional herbal medicine in Guatemala and Honduras. Dr. Williams is a regular contributor to TraceGains Newswire.