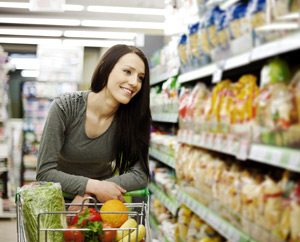 For the estimated 1% of people worldwide with celiac disease, completely avoiding the gluten protein found in wheat, rye, and barley is the only way to effectively manage the condition and prevent the damaging autoimmune response that occurs with gluten exposure. And it’s become increasingly popular to give the body a break from gluten for other reasons, with some people claiming to experience decreased inflammation in or finding the gluten-free eating model an easier way to limit carbohydrates.

It might seem like avoiding gluten is as easy as reading a few labels, but until 2013, the lack of a concrete “gluten-free” definition made that task complicated. Shedding much-needed light on the issue, the United States Food and Drug Administration released a new regulation in 2013 defining the term "gluten-free" for voluntary food labeling.

Some in the celiac disease community are crying foul, because they only consider something truly gluten-free if it never had gluten in the first place. However, per the 2013 FDA definition, even foods and beverages that originally contained significant quantities of gluten can be labeled gluten-free, so long as they are processed to bring gluten levels in the final product down to less than 20 parts per million.

As an example of how this works, some breweries brew beer in the conventional way, using gluten-containing grains, then employ a process that removes the gluten from the finished beverage to bring the levels down to less than 20 parts per million. This beer is considered gluten-free per the FDA definition.

The 20 parts per million definition is based on the scientific consensus that even people with celiac disease will not react to gluten at a concentration of less than 20 parts per million. However, if you want to keep your gluten exposure as close to zero as possible, stick to tried and true ways of avoiding it: