The Lowdown on Energy Drinks 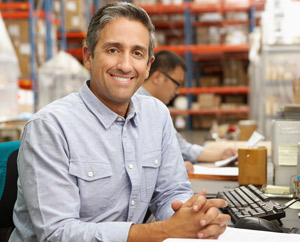 Energy drinks and energy shots suddenly seem to be everywhere. While you probably don’t want to rely on an energy drink in place of a good night’s sleep, these beverages may provide the occasional boost you need to enhance your workout, improve your mental clarity, or carry you through that midafternoon energy slump.

Here are some of the most common energy drink ingredients and their effects:

A stimulant that acts on the central nervous system to increase alertness, caffeine also enhances exercise performance when consumed before a workout, and reduces post-exercise muscle pain when ingested after. The caffeine in energy drinks may be synthetically derived or it may come from green tea extract, raw green coffee beans, or guarana. Energy drinks vary widely in their caffeine content, with estimates ranging from about 150 mg to 500 mg per serving. For reference, a cup of regular coffee contains about 100 mg of caffeine.

Drawbacks: Caffeine can become addictive and excessive use may cause anxiety, irritability, heart palpitations, insomnia, vomiting, seizures, and even death. In some cases, it can bring on new problems or make existing conditions worse, like panic disorder and high blood pressure.

This evergreen vine from the Amazon basin contains caffeine and caffeine-related compounds purported to enhance physical stamina and mental function. It doesn’t seem to possess any other therapeutically useful constituents. Adding guarana to energy drinks is essentially another way to increase the caffeine content of the beverages.

Drawbacks: Guarana may share the same risk of toxicity as caffeine. Since it’s not widely recognized as a caffeine source, some people may not realize how much they are ingesting.

Sugar—as sucrose, glucose, fructose, high fructose corn syrup, or agave—is a main ingredient in many popular energy drinks. Sugar provides an immediate spike in energy, followed by an inevitable crash some hours later. Some energy drinks contain upwards of 62 grams of sugar per serving. It’s recommended that women consume no more than 24 grams of added sugar per day. Men shouldn’t have more than 36 grams.

Drawbacks: Sugar-sweetened beverages can contribute to overweight, obesity, and dental cavities. People who drink a lot of sweetened soda are at increased for heart disease and diabetes, so it follows that excessive energy drinks consumption carries the same risk.

B vitamins, including vitamin B3, B6, and B12, are popular additions to many energy drinks, due to their role in energy metabolism and red blood cell formation in the body. For people with low levels of these nutrients from dietary lack or absorption problems, B vitamins may help improve energy but, for nearly everyone else, the mega doses of these vitamins found in energy drinks won’t boost energy or brain or exercise performance.

Drawbacks: Taking more than 500 mg per day of vitamin B6 can cause neurological problems. Large doses of vitamin B3 (niacin) can cause skin flushing, reactivation of healed peptic ulcers, and blood sugar fluctuations in people with diabetes.

A common energy drink ingredient, ginseng is prized for its ability to fight fatigue and stress, which might make it a good addition to energy drinks designed for these purposes. However, early trials suggesting it might aid exercise performance have not been replicated.

Drawbacks: Ginseng is generally safe for most people, but taking it with caffeine can lead to overstimulation and gastrointestinal upset. The most common side effect is insomnia, but other reactions have been reported, including allergy, breast tenderness in women, liver damage, menstrual problems, and headache. People with autoimmune diseases such as lupus and those with uncontrolled high blood pressure shouldn’t use ginseng.

An amino acid found in meat and fish, the body also makes it from other amino acids, so deficiencies are rare. Taurine concentrates in heart muscle and helps regulate the heartbeat. It has been reported to enhance endurance exercise performance and increase fat burning, and is often added to energy drinks for these effects.

Drawbacks: Taurine is generally well-tolerated but one serious allergic reaction has been reported in the literature.

Ginkgo is the oldest living species of tree on the planet. Studies have shown that extracts of the leaf may increase circulation to the brain and act as a powerful antioxidant. It is sometimes added to energy drinks to help improve memory and brain function.

Drawbacks: Ginkgo may cause headache or stomach upset and may affect bleeding time in some people.

Do they really work?

Researchers from the University of Birmingham in the UK showed that it’s not really that, either, as artificially sweetened energy drinks don’t seem to have the same effect. Instead, it looks like there are some as-yet unidentified receptors in the mouth that signal the brain directly to enhance exercise performance. “The results suggest that the improvement in exercise performance that is observed when carbohydrate is present in the mouth may be due to the activation of brain regions believed to be involved in reward and motor control,” explained Dr. Ed Chambers in an article in the Journal of Physiology.

A 2012 review of popular energy drink ingredients found only caffeine contributes to physical or cognitive performance enhancement. Another study found that some individual ingredients may have a benefit but combination products haven’t been studied sufficiently.

Whether it’s the caffeine, sugar, other ingredients, or some combination of these, many endurance athletes (like marathon runners, distance swimmers, road bike racers, and triathletes) swear by energy drinks to improve their performance during events. “Says long distance runner, Todd Mros in Portland, Oregon, “In a marathon I use an energy drink with electrolytes, complex sugars, and caffeine. It doesn’t fully replenish you but it can give just that little extra help at the end of a race.”

A word of caution

The amount of caffeine in energy drinks isn’t regulated as it is in sodas, and the amount listed on the label may or may not be the actual amount in the drink. Energy drinks and alcohol can form a particularly dangerous mix, worsening side effects such as insomnia, increased heart rate, anxiety, and high blood pressure. They can also team up to increase risk-taking, such as drunk driving and risky sexual behavior, and make people feel less drunk than they actually are, potentially leading to more drinking.

As stated by the International Society of Sports Nutrition, “Indiscriminant use of energy drinks or energy shots, especially if more than one serving per day is consumed, may lead to adverse events and harmful side effects.” The group warned that people with diabetes or cardiovascular, metabolic, neurologic, hepatic (liver), or renal (kidney) disease who are taking medications that may be affected by high glycemic foods, caffeine, or other stimulants should avoid use of these products unless approved by their doctor.

Before reaching for a liquid energy shot the next time you feel zapped, try these tips first.