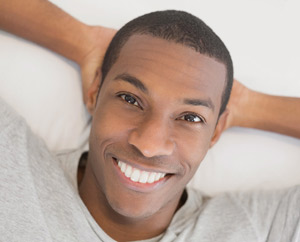 Lose weight while sleeping! It sounds too good to be true, but scientists have found some interesting connections between sleep and weight control. In a study published in the journal Sleep, healthy adults who were only allowed four hours in bed per night ate more calories and gained more weight than people who were allowed to sleep normally.

Making the connection between sleep and size

In the study, 225 people whose typical night’s sleep was 6.5 to 8.5 hours long were divided into two groups for seven to nine days and nights: On the first two nights, both groups were allowed 10 to 12 hours of time in bed. On the next five nights, one group had 10 hours in bed per night while the sleep-restricted group was only allowed to be in bed from 4:00 a.m. until 8:00 a.m. Some of the people in the sleep-restricted group were then given an additional two recovery nights in the lab, during which they had 12 hours in bed each night.

While in the lab, the participants were able to request meals, snacks, and drinks from a varied menu as often as they wanted to. They could not exercise but were able to engage in a variety of sedentary activities.

At the end of the study, researcher noted the following:

Because of the study location, these results do not tell us for sure what happens to people who chronically miss sleep when at home, where food options may be different and metabolic changes over time may affect weight gain. Still, with the additional evidence from observational studies linking chronic sleep deprivation with obesity, the study’s authors reasoned, “Chronically sleep-restricted subjects with late bedtimes may be more susceptible to weight gain and obesity due to overall greater caloric intake as well as increased consumption during late-night hours.” They also noted that the increase in fat calories consumed during late-night eating may make people who stay up late especially prone to gain weight.

Sleep is important for many aspects of good health, and chronic sleep loss may contribute to problems like heart disease, stroke, diabetes, depression, and obesity. Here are some things to think about if you are trying to control your weight and haven’t been getting enough sleep:

(Sleep 2013;36:98190)
Maureen Williams, ND, completed her doctorate in naturopathic medicine at Bastyr University in Seattle and has been in private practice since 1995. With an abiding commitment to access to care, she has worked in free clinics in the US and Canada, and in rural clinics in Guatemala and Honduras where she has studied traditional herbal medicine. She currently lives and practices in Victoria, BC, and lectures and writes extensively for both professional and community audiences on topics including family nutrition, menopause, anxiety and depression, heart disease, cancer, and easing stress. Dr. Williams is a regular contributor to TraceGains Newswire.